Tracey Croke is an award-winning travel journalist addicted to roughty-toughty adventure and galavanting on her mountain bike. She is an expert in following whims and getting lost.

This skill-set has led Tracey on gonzo quests including: a hike with nomadic tribes through the peaks of  post-conflict Afghanistan, a search  for rideable tracks in the Ethiopian Highlands, and the first mountain-bike traverse of Kyrgyzstan’s Talas Range, where she had to be rescued twice.

Luckily, her woeful map-reading skills are overlooked as long as she brings back a good story.

Scrubbed up version of Tracey after winning Best Adventure Story at the Australian Society of Travel Writers’ Awards.

Tracey qualified in Journalism and media law at the London School of Journalism.  Her articles and photographs have been published in national newspapers and magazines in the UK and Australia.

In 2017, she won Best Adventure Story at The Australian Travel Writers’ Awards for Excellence.  For three years on the trot, she has been a finalist in The NRMA Kennedy Awards for Outstanding Travel Journalism. In 2015, her photo essay, “A Portrait to Keep” made the finals of The Walkley’s Storyology slide night – part of Sydney’s “Head On” photo festival.

Insights and anecdotes of Tracey’s adventures have landed her slots on the Telly, Talk Radio and at speaking events.

Have a mooch at some of her published work or drop an email to: traceycroke(at)me(dot)com

What the editors say 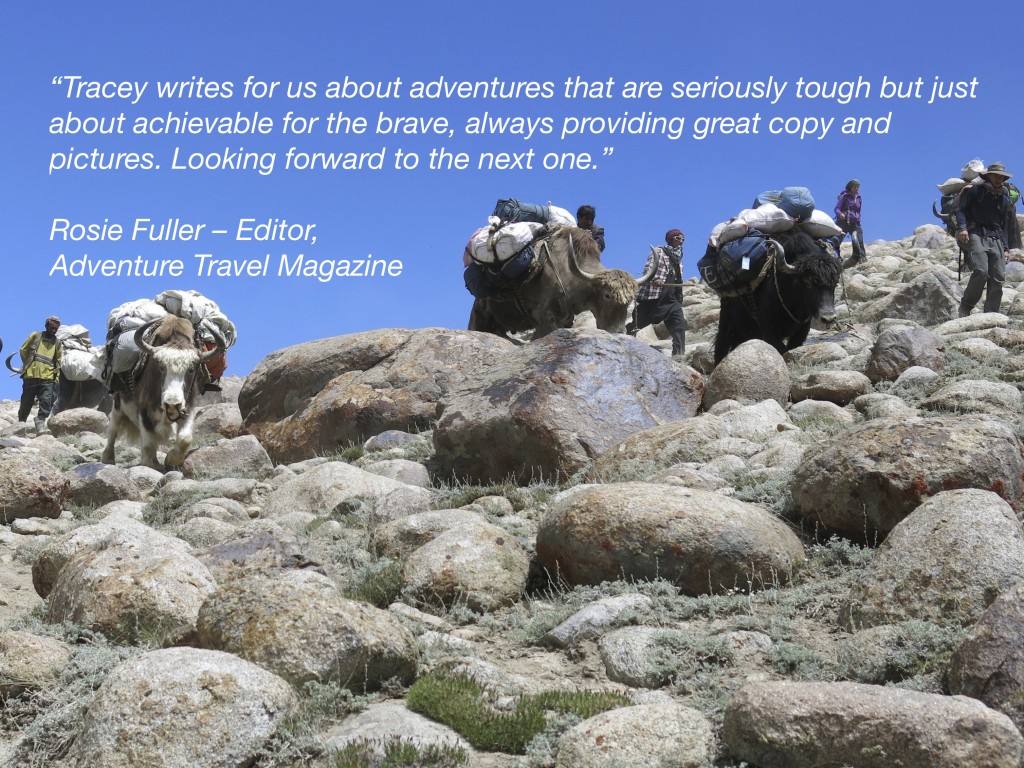 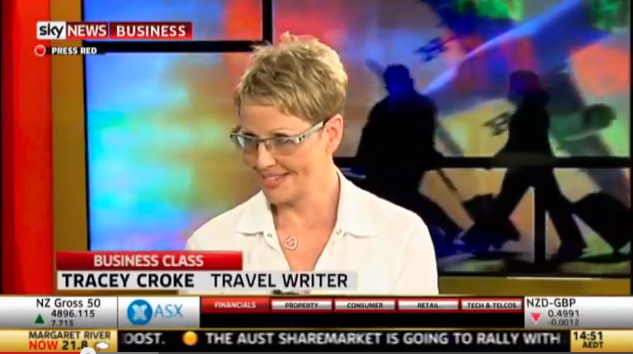 Tracey is always a bright and insightful guest who gives our viewers colourful and detailed pictures of her adventures around the world. She knows her content thoroughly and is expert at choosing the highlights that most appeal to travellers. 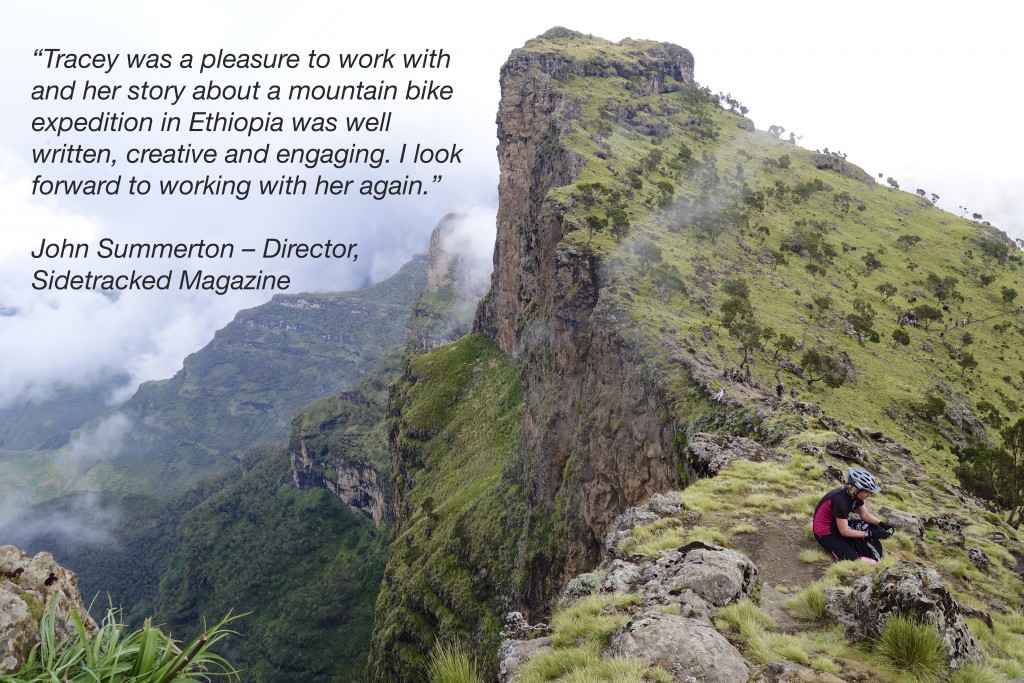 Occasionally, Tracey blogs and vlogs about her bike escapades. Here’s the gist in this 30 sec trailer…