A series of world-class mountain bike trails in Tasmania’s northeast marries adrenaline with luxury, and has transformed a town in its making.

How Travellers Can Be A Force For Good (Without Travelling Anywhere) (Adventure.com)

Nature, culture, camping: One year on, how have Australians coped with the border closures? (Adventure.com)

The Path of Hope and Unity (MiNDFOOD)

From ancient traditions to modern hospitality, there is so much more to Palestine than you might initially imagine, and one of the best ways to explore the changing story of this region is on a hike through the west bank.

Dogsledding through the fresh January snowfall of Swedish Lapland is the perfect way to connect with the natural environment and experience the kinship with a pack of huskies that are genetically gifted to cross great swathes of frozen landscape with relative ease.

What A Difference A Trail Makes (Wild Magazine)

Mountain Biking in the Land of Giants (Wild Magazine)

Riding among the majestic wildlife of Botswana, you will discover a heartening haven for Africa’s animal refugees.

The Grail of Trails (Jetstar Magazine)

In the northern reaches of Queensland, a mountain bike nirvana like no other weaves its way through an ancient landscape.

Back in 2013, ‘hiking through Afghanistan’ wasn’t high on the to-do lists of many travelers. But Australian writer Tracey Croke set off for the country’s Wakhan Corridor anyway, determined not to let the headlines convince her otherwise.

Meet the quintessential Queenslander who’s put smiles on the faces of millions around the world and built a monumental mountain biking legacy in the process.

The Magic of Macedonia (Mountain Bike For Her)

The Former Yugoslav Republic of Macedonia is topping the pols as Europe’s rising star in adventure travel. On a bike and foodie trip there, Tracey Croke discovers its special kind of magic. 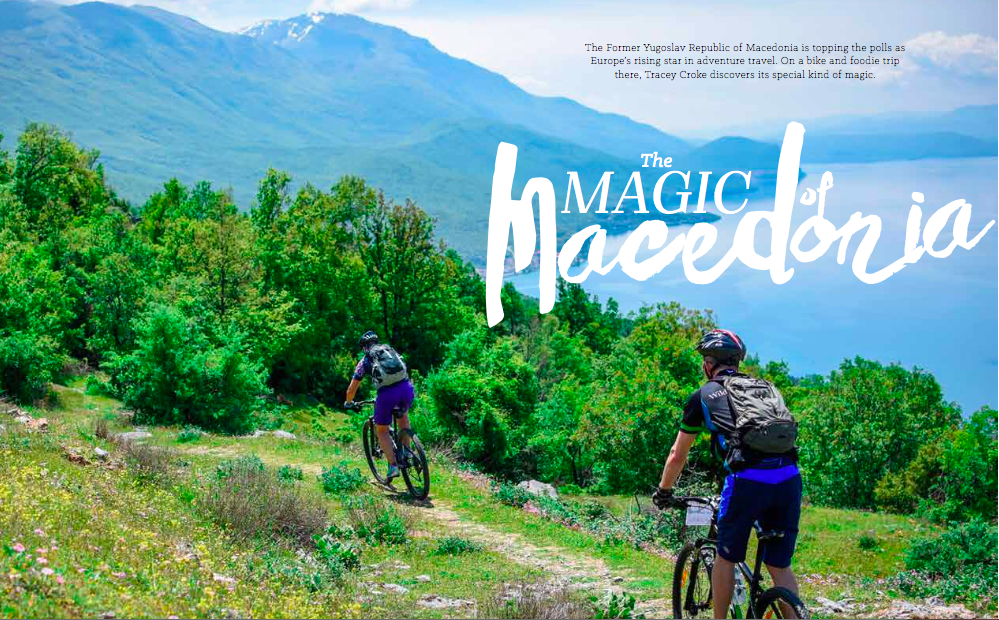 The Tour Du Mont Blanc, also known as the “TMB” and “Three Countries Tour”, is one of the world’s iconic long-distance hiking trails also open to mountain bikes. 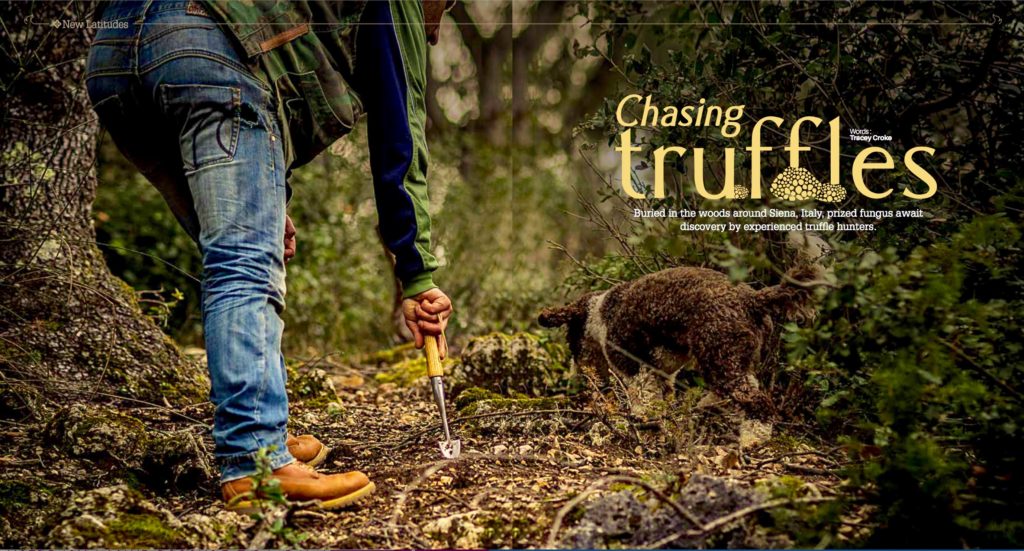 A young Macedonian is on a mission to revive one of Europe’s oldest National Parks.

Black Mountain (Mountain Bike For Her)

Zoran Tepavcevic is an ex-champion who supports his trail-building vision by leading bike tours and calling bingo. Tracey Croke joins him on a six-day mountain bike adventure to explore the lesser-known Montenegro. Read the full article here 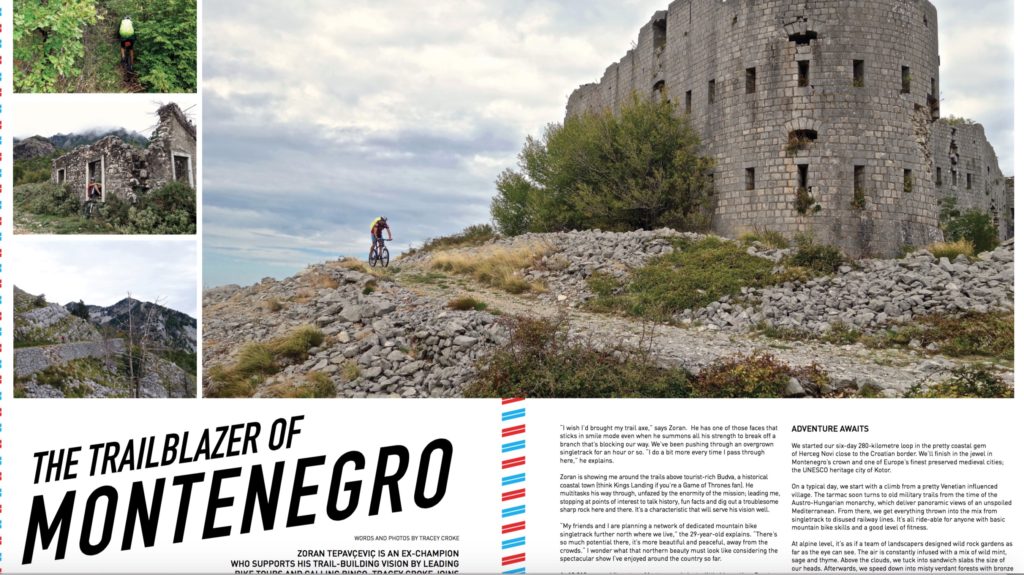 The Soul of Manas (Sidetracked.com) 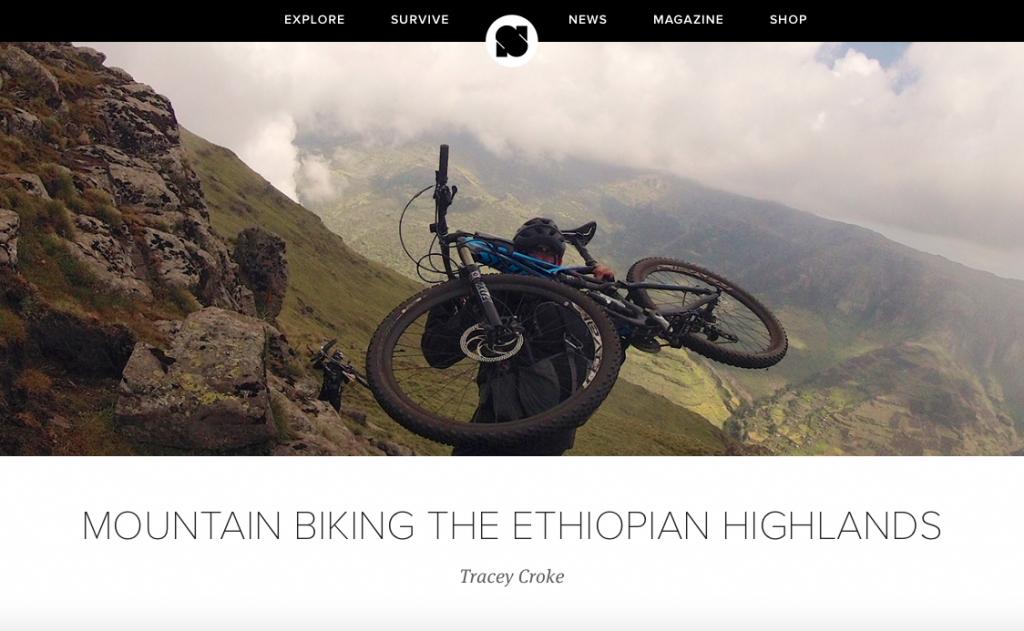 Novelist, John Steinbeck said, “A journey is like marriage. The certain way to be wrong is to think you control it.” I’m convinced Steinbeck rode a bike. Read the full article here

In the far Northeastern part of the country, Afghanistan’s Wakhan Corridor is a peaceful and extremely hard-to-reach land inhabited by ingenious nomads where little has changed in hundreds of years. The scenery is out of a hollywood movie, but you’ll have to be prepared for sheep’s teeth in your stew. Read the full article here

In At The Deep End (Outer Edge, Australia)

I dusted off my trusty old hard tail mountain bike and chose Australia’s longest bike trail for my first attempt at long distance unsupported cycling. The Mawson Trail is an outback-to-city erratic journey over ancient landscapes, which you might have a chance of completing, if you can resist the world-class Shiraz. Read the full article here.

A Pom Versus the Pests (Telegraph, UK) 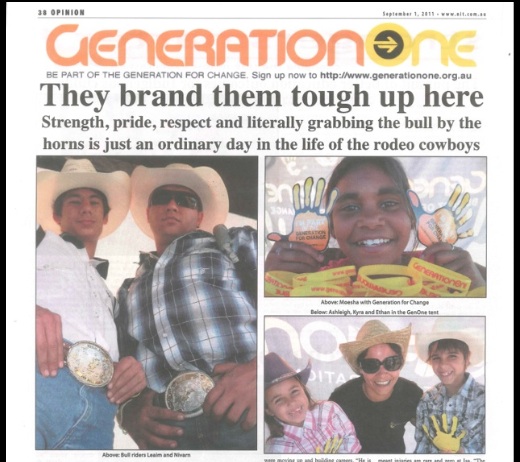